You come here, and you fall in love with the people first and then the city takes hold of you. This city is resilient. This city is powerful. This city understands love then loss. It’s always been here. Aliquippa is not a resurrection project, this is a renaissance.

Located along the Ohio River, approximately 25 miles northwest of the City of Pittsburgh, Aliquippa was founded in 1878 by the merger of three small towns: Aliquippa, Woodlawn, and New Sheffield. The Pittsburgh and Lake Erie Railroad named the new town Aliquippa after its local train station for the reputed Seneca Indian Queen Aliquippa.

Aliquippa was best known in the first part of the 20th century as the epicenter of steel production. Construction began in 1905 by the Jones and Laughlin Steel Company (J & L Steel) of the largest, fully integrated steel mill reportedly in the world, eventually stretching over seven miles along Ohio River. Employment at the facility peaked at over 16,000 in the 1950’s. The City’s population became a melting pot of nationalities and ethnic backgrounds, swelling from 1700 people in 1910 to a peak of over 27,000 people in 1930 then leveling to 26,000 in the 1950’s and 1960’s.

J & L Steel, as it became known, provided the resources to create a true company town building a hospital, neighborhood housing plans, public swimming pools, recreation facilities, retail and office buildings in the downtown, a public library, a transit system, and much more. The downtown featured over 300 stores.

The collapse of the steel industry in the 1980’s resulted in the mill ceasing operations and laying off thousands of workers. The catastrophic economic loss coupled with the general population trend of migration to the suburbs caused major population losses through the end of the 20th century. The City was left chronically depressed financially and population dwindled to 9,300 by 2014. The once bustling City, neighborhoods and downtown business district became a ghost town of boarded vacant buildings and abandoned houses with a plummeting tax base. 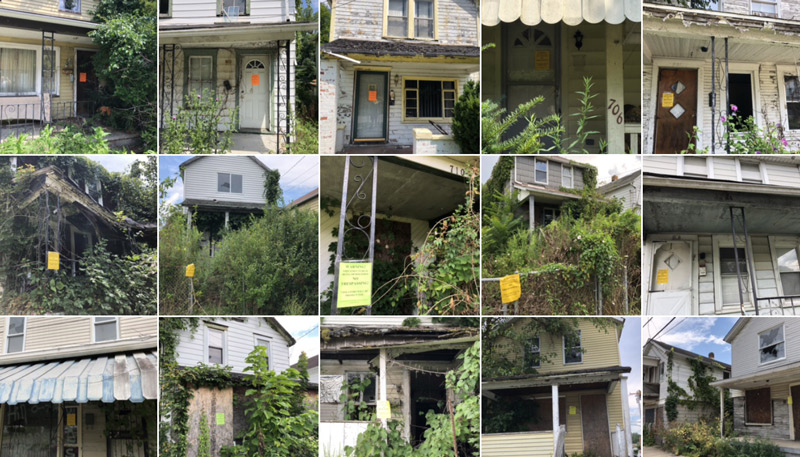 The Plan 11 Extension neighborhood, the neighborhood with the highest number of blighted and abandoned structures and highest percentage of residents below poverty, was targeted to begin the blight removal program. AEDC purchased 38 blighted parcels in this neighborhood from the Beaver County Repository. Nineteen of the properties were removed. A Resale Program was established for side yard purchases of the cleared lots. 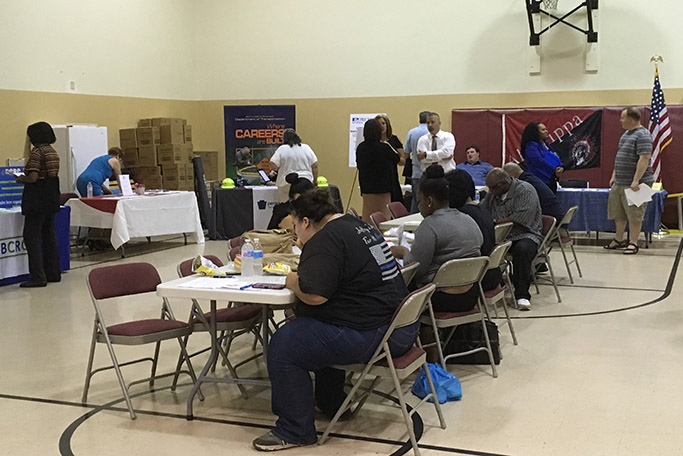 AEDC sponsored a Job Fair in downtown Aliquippa in partnership with JTBC and the Salvation Army in August of 2018. Nineteen employers participated and 154 job seekers attended the three-hour event.  Information from a follow-up survey of employers showed four persons were hired and six companies reported ongoing interviews with potential candidates from the Job Fair. 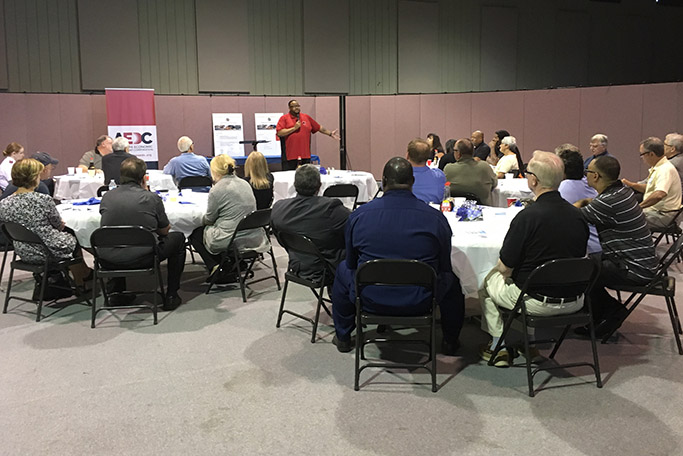 AEDC hosted a clergy gathering in July to spread the word about the NPP, the good things underway and the future activities in the community through the NPP. Twenty-six persons representing 15 churches and community ministries attended the event. All were provided printed information to share with their congregations. Those who were unable to attend were mailed or emailed the information.

BNY Mellon committed to invest in Aliquippa as a sponsor for the AEDC NPP in the amount of $500,000 a year for six years. It is thanks to their dedication that our non-profit community-based organization can work for the rejuvenation of Aliquippa to the benefit and welfare of its residents.